Okay, be honest with me here folks. How many of you like to read romance novels? I ask this because I heard an interesting segment on CBC radio the other morning. All about the romance novel, the genre so many of us love to laugh at, openly scorn, and then often read in secret.

In an episode of The Current, host Anna Maria Tremonti explored the much despised and derided genre that has spawned a billion dollar, global industry by speaking to its detractors and its defenders. And all of this was triggered by the fact that the Toronto Public Library has recently announced its next Writer-In-Residence will be a romance writer.


I don't mind a good romance myself. Not the ones with the bare-chested Fabios on the cover. Nor the historical bodice-rippers, at least not anymore. But a well written romance, emphasis on the well written, can be very satisfying.


Not so, says William Giraldi, writer and memoirist, in his interview with Anna Maria Tremonti. Apparently reading a romance novel is, for Giraldi, an "excruciating ordeal." Romance provides "empty entertainment," he says, and is only popular because readers want to escape their "humdrum domesticity and colourless work lives." He adds that romance writing is not real writing, just as "Twinkies are not real food." Okay, that's a bit harsh.

Mary Bly, professor of English at Fordham University and a romance writer herself, counters that the genre is too often judged by its worst examples, and criticized by those who have never read romance. Bly goes on to add that Giraldi is saying a great deal more about himself and his misogynist views than about the genre. Ha. I like that bit. You can read and listen to the whole segment yourself here if you want. 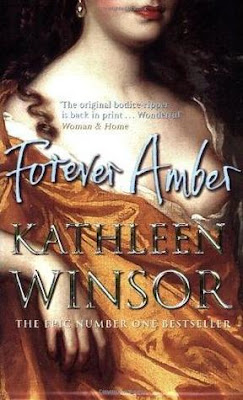 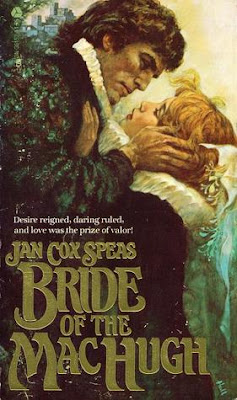 I come from a family of readers. My grandmother was an avid reader her whole life, my mum too. Mum and I often talk about books. In our phone calls, updates on our respective doings are often only a prelude to the real conversation: what we've been reading. Sometimes we try to imagine what life would be like if we didn't read, or we reminisce about favourite books. Sometimes those books are romances. Like Forever Amber, which Mum remembers reading back when it first came out in the forties. And Bride of the MacHugh. Oh my, we both adored that book back in the seventies. I remember telling my step-dad that if Mum and I were gone one morning, we might have upped sticks and headed for the Scottish highlands. Ha. I was kidding, of course.

I'd mostly gone off reading romance by the time I started teaching. But I remember the year a good friend (and fellow English teacher) and her family moved to Europe for a three year posting, and she entrusted to me her "guilty secret," as she called her beloved Dorothy Dunnet novels. I scoffed a bit, but it was summer and I was on holidays, so one lazy July morning I began to read the first of Dunnet's Lymond series. By the end of the first book I was hooked. Seven books and a few days later, almost at the end of the series, dissolved in tears because I thought the hero had died, I remember getting up from my chair on the lawn, and marching out to the garden where Hubby was weeding. I stood there, book in one hand sodden Kleenex in the other, and wailed that if that bleeping character was dead I was personally going to fly to Germany and strangle my friend. Oh, the drama! Hubby looked up and quipped if I didn't finish those darned books soon, I was going to be dehydrated. Ha.

Below are some of my favourite books from my "romance" bookshelf. Well, I call them romance, but apparently that's up for debate. In particular, I love Joanna Trollope's A Spanish Lover, Barbara Neil's Someone Wonderful, and of course, Nancy Mitford's Love in a Cold Climate.


It's hard to nail down a definition of the romance genre, other than that the main plot must revolve around a building relationship and the novel must have a happily-ever-after ending. Other than that there is a wide, wide range of fiction which has elements of romance, and which deals with the lives of women, or "shares the female journey" as literary agent Scott Eagen explains. He calls this genre "Women's Fiction." Others call it "Romance Literature." As I said, I don't much care for the Harlequin type of romance, those books have a certain, recognizable style that makes me cringe a little. But I do love a well-written romance. So I think the novels I prefer are examples of romance literature, so-called. But really, what does it matter? We like what we like.

One of the comments that resonated with me from that CBC program I told you about earlier, was from Denise Drabkin of the North York library. In response to William Giraldi's dismissal of romance novels as being excruciating to read, and having no value, she said that, on the contrary, "recreational reading should be encouraged and not dismissed or undervalued."

And really, who can argue with that?

Today when I was reading about romance, I spent some time on the Harlequin website. Have a look at this little video. "Gustaf, the charcuterie must wait"... that line made me chuckle. I guess the romance novel industry isn't so big that it can't poke fun at itself.

Maybe we should all just stop looking down our noses at romance novels. Maybe you love them. Maybe you wouldn't be caught dead reading a book with a bare-chested guy on the cover. All reading is good, surely we must all agree with that. And like Mary Bly said on CBC the other day, "There's nothing sad or pathetic about wanting happiness and a happily ever after."

But what do I know? I've always been a romantic, with my head in the clouds and my nose in a book. At least according to my mum. Ha.

Now, how about you dear readers? Do you love a good romance? Or are you of the wouldn't touch them with a ten foot pole variety? Do tell. We won't judge you either way.


Linking up with Thursday Favourite Things,  #SaturdayShareLink-up, and #fakeittillyoumakeit
Posted by High Heels in the Wilderness at 09:07:00