Harper Lee died on Friday, two months shy of her ninetieth birthday. But she has effectively been lost to most of the world for a very long time. Since 1964, four years after the publication of her famous, and famously beloved, novel To Kill a Mockingbird was published, and two years after the equally beloved movie version starring Gregory Peck as Atticus hit the theatres, she has guarded her privacy, studiously avoided publicity, and spurned requests for interviews. Apparently when a friend once suggested she use a form letter to refuse requests from the press, she quipped that it should simply read: "Hell, no."

It's not my intention to narrate the story of Harper Lee's life here, nor retell the events that surrounded her rise to fame and her subsequent rejection of the life of a "literary celebrity." William Grimes' excellent article on Harper Lee, published in the New York Times on the day of her death does a much better job than I could. You can read that here if you like. 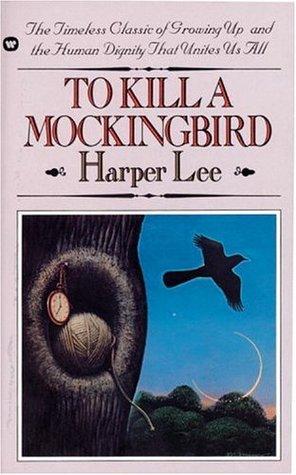 As a high school English teacher I taught To Kill a Mockingbird for many years. It is an eminently teachable novel. The vocabulary is challenging but not beyond the scope of most fourteen and fifteen year olds, there is much to learn and discuss in the book, and the characters capture the imagination and the hearts of most readers, even teenage ones. I still love the book, and I've watched the movie at least twice a year since 1994, depending on the number of classes of grade nine I taught in any given year. Yet I never grew bored with either. Or failed to well up with tears at crucial moments. Like when Reverend Sikes exhorts Scout to "Stand up, Miss Jean Louise. Your father's passing."

Yep. I needed a tissue there. Again. But as wonderful a book as To Kill a Mockingbird is, I tend to agree with the stance taken by Canadian writer Lawrence Hill in his 2009 article in the The Toronto Star. Hill, whose own novel, The Book of Negroes, grapples with issues of racism, contends that while Mockingbird is a worthy book it should not be the only book in the high school curriculum that deals with themes of racism. That students should not stop reading To Kill a Mockingbird, but should simply read more books like it, books which teach anti-racism but which are more current and which are Canadian. I would like to add, though, that many Canadian high schools do just that. Overall, I agree with Lawrence Hill; students need to be exposed to current Canadian novels which look at race issues in Canada. But To Kill a Mockingbird is still a great book. And the passage of time has not diminished its greatness.

So, as someone who knows the novel To Kill a Mockingbird very well.... and who knows a fair bit about Harper Lee, her closely guarded privacy, and her pronouncements that she would never publish another novel... I was stunned when Harper Collins announced early in 2015 that it was set to publish Go Set a Watchman, a "new" novel by Harper Lee. Along with many other readers, not to mention Lee's friends and neighbours in Alabama, I was surprised, then thrilled, and then... well, skeptical. Really? A "new" work? Go Set a Watchman is set in 1950s Alabama, during the civil rights era. In particular during the protests and violence that erupted over racial segregation, and the US Supreme Court ruling in the case of Brown v. Board of Education. Scout, now an adult living in New York City, travels home to Maycomb, Alabama, where she encounters her father's apparent moral about-face and struggles with her own subsequent disillusionment and despair. I won't say any more about the plot. You need to read the book itself. Because despite the opinions of some, including several members of my book club (we read and discussed the novel last fall), I think it is a book worth reading.

Go Set a Watchman, as might be expected of an early draft of  To Kill a Mockingbird, is not great literature. But it is undoubtedly the work of Harper Lee, conspiracy theories to the contrary. There are flashes of the brilliance of To Kill a Mockingbird, and beautiful passages of description and dialogue. But there are also many weak passages of long, rambling discussion and political theorizing that I skipped through. For a better understanding of the novel, and of the "southern Liberalism" of the fifties which Lee seems to be exploring in the book, you should read Adam Gopnik's article "Sweet Home Alabama" in the New Yorker. Or Kevin Young's insightful review in Slate.

If you do read Go Set a Watchman, make sure you have read To Kill a Mockingbird first. Because, as Gopnik says in his article, once you know and love the character of Atticus, only then can you really understand the depth of Scout's disillusionment with him. And to me that's the value in reading Watchman. In Mockingbird we see Atticus as a hero; in Watchman we see him as a man. Flawed, clinging to outmoded values, trying desperately to shore up a society that is crumbling.

I also don't agree that Go Set  a Watchman will weaken Harper Lee's literary legacy. I mean really, To Kill a Mockingbird is still the great book it always was. Okay, so the "discovery" of the Watchman manuscript, shrouded as it is in mystery and controversy seems contrived and a bit silly. And Harper Lee's lawyer and purported "great friend" Tonja Carter seems to be a bit shady, what with accusations that she has manipulated the author, her refusal to answer questions from the press, and the weirdly coincidental announcement to publish Watchman only a few months after the death of Harper Lee's fiercely protective older sister Alice. Alice would probably, according to some articles, have objected to the publication.

But none of this real-life literary melodrama should touch Lee's work itself. Or alter the effect that Lee's characters and their struggles have on her readers. And I think the flawed nature of Go Set a Watchman is interesting in that it reveals to us that, just as Atticus is shown to have feet of clay, so Lee herself as a writer is not perfect.

Since Harper Collins' announcement last winter, I must have read fifty articles on Lee herself, and this "new" work. And what they revealed to me besides all the hype and controversy was a glimpse into Lee's early working life, before and after To Kill a Mockingbird. How she struggled to revise Mockingbird, once even chucking the manuscript out of her window into the snow, how she struggled in vain to write a second book. And eventually how she withdrew more and more from the glare of publicity, tired of the scrutiny and the media circus, ever more protective of her privacy. So, you see, she wasn't a literary genius, who gave birth to one miraculously perfect work and then withdrew from the world. She was a gifted writer who struggled, just as many young writers struggle. And seeing her less than perfect second (or is it first?) novel makes her seem more human. Like the rest of us.

I'm sad that Nelle Harper Lee has died. I hope that all the fuss in the last months of her life, since the publication of Go Set a Watchman in July, was not distressing to her. That having long ago said good-bye to all that, she didn't feel once again beleaguered by her own celebrity. Because that would be very sad, indeed.

Linking up with All About You at Mama and More