A Seventies State of Mind

I'm in a very seventies state of mind these days, feeling nostalgic. Especially when I'm perusing the pages of Vogue and Harper's Bazaar. Of course, for a while this fall, everything made me feel nostalgic. That's because I attended my 40th high school reunion in September. That was so much fun.

But it's not that. Not now anyway. I think my current state of mind is down to the fact that fashion seems to be having a prolonged seventies moment. Maybe even a seventies season. And that takes me back to my own memories of the seventies and what I was wearing then. Because the seventies is when I grew up. I don't mean that I was a child then, but I was a teenager in 1970, and in my early twenties when the eighties finally came along. So I guess you could say my "coming of age" occurred in the seventies.

My fashion memories of the early seventies include images of Gloria Steinem in her tight jeans, wide belt and tinted glasses. In fact, I had a belt just like the one she's wearing in this picture. She was awesome, wasn't she. Still is.

And, of course, I remember all those shots of Ali MacGraw. Long and lean in her knitted cloche, skinny-knit sweater and flared jeans. Please tell me I'm not the only one who obsessed over Love Story. I read the book by Erich Segal in junior high... like, a million times. I had most of the first page committed to memory...."What can you say about a girl who died? That she was beautiful. And brilliant. That she loved Mozart and Beethoven and the Beatles and me."  Well, not quite, but not bad after forty+ years.

And a couple of years later. We tucked our pants into high boots so they puffed out over the top. Like Ali is doing here.


I remember in 1975, I wore a tweed blazer and black turtleneck, with black dress pants tucked into my Fry boots. Just like these, actually. I was surprised to find out that you can still get Fry boots.

The fashion of the mid-seventies seemed more grown-up than that of the sixties. The midi-skirt was cool and the mini was not. Tie blouses were big too. Just like this season.

And menswear inspired suits. Like these. I remember that I had a black and white, striped tie blouse that I wore with a button-front black vest and black pants. Very corporate. And good for my first foray as a student teacher in 1976. I was twenty, and I looked about twelve; I needed all the gravitas I could get. A class of thirty+ grade eight kids can be daunting.


And check out Farrah Fawcett in this shot. Sweatshirt, flared jeans, Nike sneakers. Very current. Well, except for the hair. The hair is all seventies.

And then. Well, then, a couple of years later, there was disco. Love it or hate it, people... you can't deny that it certainly changed the face of fashion. The Bee Gees, Donna Summer, "Le Freak." Glitter and glam, too much cleavage, too much make-up, high heels, and dancing, dancing, dancing. This is a shot of Bianca Jagger and Liza Minnelli with the fashion designer Halston, at New York's famous Studio 54. Halston was huge in the late seventies. Of course, I never wore anything he designed...I was too poor... but I did wear his perfume for a while.

And I might have been persuaded a couple of times in 1979, when I first came to Ottawa, to visit our version of Studio 54... namely Disco Viva, across the river in Hull. Maybe a couple of times. In my teal green, silk blouse and high-waisted pants, and my sister's burgundy high heels... I was ...maybe not the 'Dancing Queen'... but close.


So you can understand that after perusing Vogue and Harper's Bazaar this fall, I was definitely in a seventies state of mind.

The long lean looks, the high waisted, flared pants. Like these two looks from the December and September issues of Vogue. I love those camel Altuzarra pants on the right. And while I wouldn't wear pastel pink pants anymore (not that I ever did, actually)... I love the shape of these Louis Vuitton trousers, especially with the Bottega Veneta baseball-style jacket. 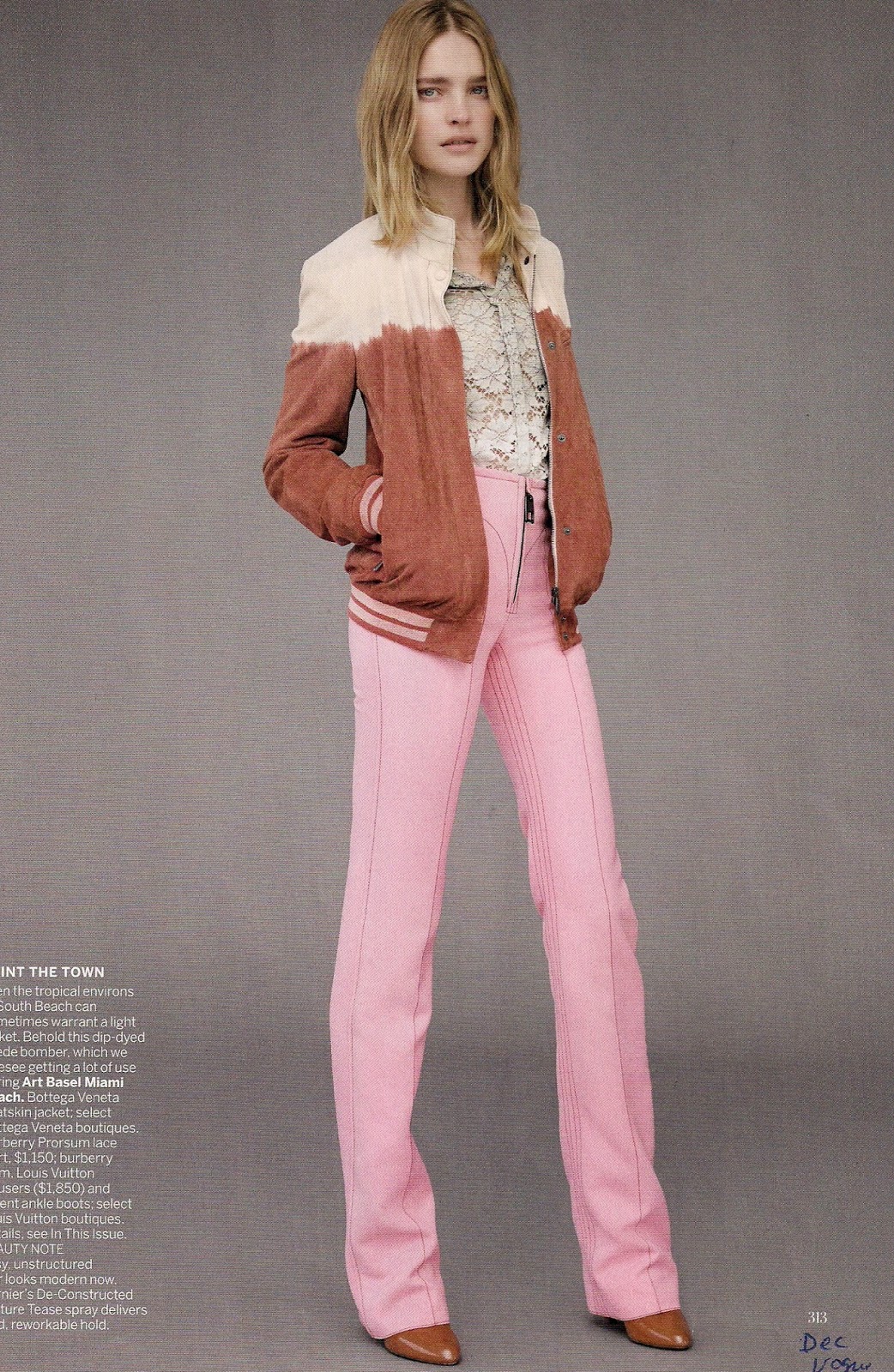 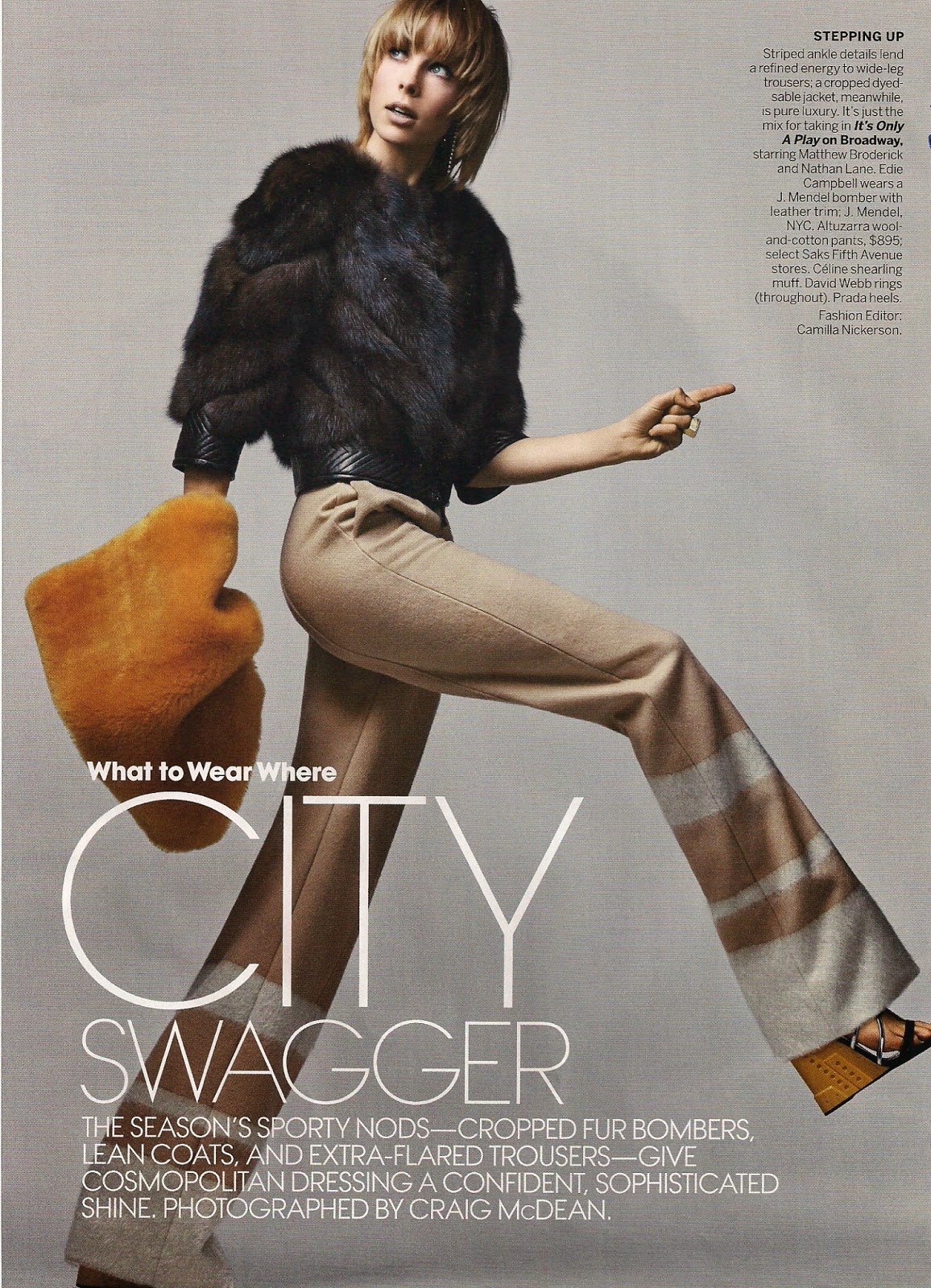 And this look from Emilio Pucci in the September Harper's Bazaar is very seventies. It seems sharp suits and tie blouses are back, big time. I could certainly be persuaded to wear the blouse and jacket with jeans. But my power suit days are definitely behind me. 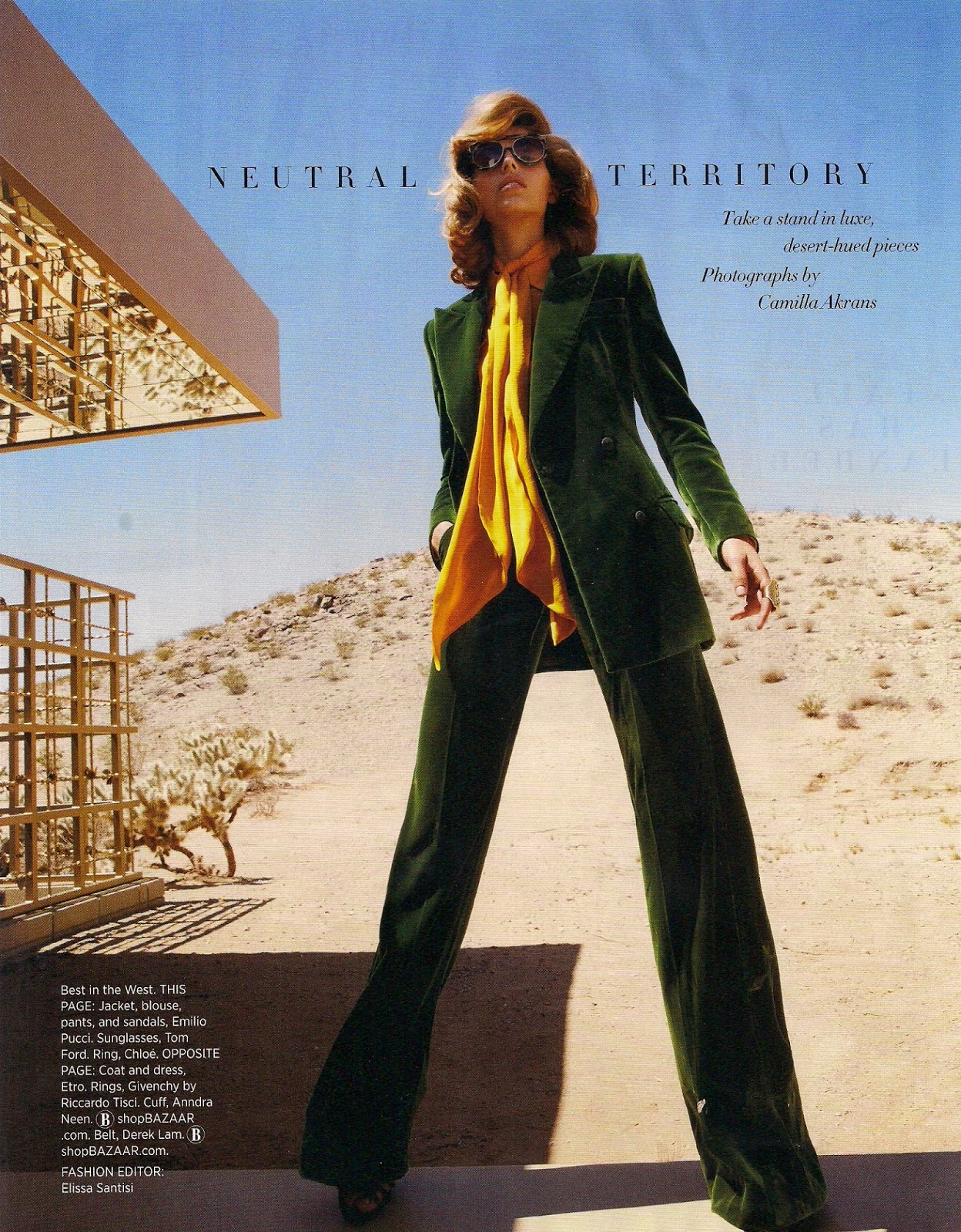 As are my "overall" days. Very definitely behind me. So this seventies-inspired image from Net-a-porter.com does NOT tempt me.


You see, I've been there. Done that. Got the fuzzy photo to prove it. 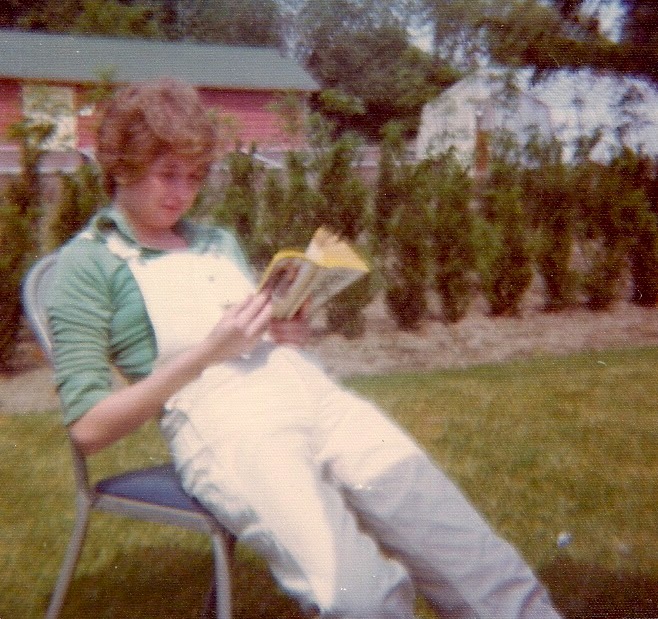 But there are other seventies-inspired looks that do tempt me. I might don a pair of flared jeans with heels again. And a short jacket.

But no more Fry boots. And definitely no more Disco Viva. Even if it still existed. I'm more inclined to dressing down these days than up. Besides, I'm sure by the time things liven up on the dance floor... it would be way past my bed time.

It's funny that the seventies began with images of distressed jeans and women's lib and ended with the flash and glam of disco. What a decade.

I wrote a post last spring about fifties fashion. It seemed that last spring fashion was having a Fifties Moment. We seem to be working our way through the decades.

Oh. No. I hope we're not due for an eighties revival.

What do you think about the seventies revival? Are you in a seventies state of mind?

Linking up this week with Passion 4 Fashion, Friday Fab Favourites, Visible Monday, Manic Monday, Let it Shine, What I Wore and Style Me Wednesday, Throw Back Thursday.
Posted by High Heels in the Wilderness at 21:29:00